We are now on our last day in Australia 🙁 . Tomorrow we head off to New Zealand. Again I will update the text at a later date (I can only write so much in one sitting – and the last update has me spent!). But here are our photos from Tasmania – basically 2 sets – the western area where we spent our first 3 days, and the Hobart set where we are now. I’ll sort them out next chance.

Till then, Happy New Year’s everyone. We’ll be one of the first to welcome 2008 from Dunedin NZ. 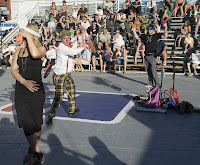 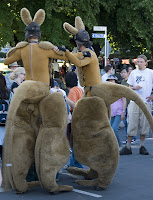 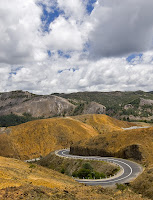 This is a lengthy photo posting short on text. Some eye candy for Christmas! We have just arrived in Tasmania from the overnight ferry ride from Melbourne. We are not finding easy access to internet so far – hoping we have better luck in Hobart. So for now, you’ll have to settle for the photos sans explanations I’m sorry to say.

I hope to return to narrate, but for now below is a selection of photos from Adelaide to Melbourne. We’ve been having a great time despite the weather – cold and wet! We’ve made full use of all our warm clothes and rain gear. And this is summer in Australia!!! Looks like Perth is hot, but not here. Not that we are as cold as Canada at this point, but I did expect to be using sunscreen at least!

Well my internet time is out for now, so hope to catch up after Christmas. In the meantime – hope Santa is good to all and that you have a wonderful time with family and friends over the holidays. And remember even if you get a bit overloaded on time spent with family – appreciate what you have while you have it – some of us are not so lucky to spend time with family this year. Merry Christmas!

Finally back to update with some text.

I’ll move the order of the photos also.
We started in Adelaide where we had some great meals and enjoyed browsing the square and watching some street performers.

Haighs Chocolates building was especially interesting with it’s beehive top and armed security guard at the entrance to the shop (no, it’s not a normal sight to have security guards at shops here)

architecture in Adelaide was quite interesting, and as you can see Mike found many interesting angles from behind the lens.

The Christmas atmosphere is obviously different – but the Christmas tree and lights display in the town square, and the sand castle of Santa and his elves contributed to the spirit. Your photo with Santa was by walking up behind the sand carvings to be part of the sculpture!

From Adelaide we made the drive down the southern coast to Melbourne. We took 3 days en route. Our first night was at Mount Gambier. The next day we visited Blue Lake -one of the glacier lakes in the region. It is quite unique in that it is grey most of the year.

Then by mid-February it fades back to grey for the rest of the year. There was no real explanation supplied – guess they want it to be one of lifes little mysteries 🙂

Also in this area we had to make a stop for a crossing echidna. We have seen many on the roadside (alive that is), but this is the only one we’ve had to stop to allow cross!

We also visited the limestone caves and the petrified forest.

And everywhere we went, we accompanied by the flies! We thought WA was bad, but now we realize they can be worse – much worse!

The photo at right of Mike’s back was after many of them had flown away!

Our next day we rose very early to try to catch the main sights of the Great Ocean Road with good morning lighting. It started clear, but quickly clouded over, and by later in the day it was quite wet.

So luckily we made the trip this morning rather than returning in the evening when we would have been rained out!

Our first stop was London Bridge (photo above). The bridge actually collapsed in 1995 – the arch shown was actually attached prior to that. Dan & Suz’s photos from 1989 will be interesting to compare to!

The 12 Apostles have also suffered from weathering – there seem to be only 10 now at most, and the latest one collapsed in 2005 – again

The coast road was a very interesting drive – especially the stretch from Apollo Bay heading to Melbourne.

It hugged the coast line and it was hard to keep your eyes on the road! Unfortunately most of that day was raining, so it was perhaps not as spectacular as it could have been.

Then we were off to Melbourne. We hooked up with Bruce and Marilena and their two daughters Maia and Emma. They were marvelous hosts and they made us feel most welcome. Mike had not seen Bruce for about 20 years!

We visited the Victoria Market with Marilena and Maia. We had a few marvelous Marilena meal creations (including a wonderful salmon dinner), as well as a Greek meal out. Again lots of good food and too much of it!
Mike, Kyle & I headed into Melbourne on our own on Sunday (by train – the roads here are very weird so I was happy not to be driving!).

We walked the town – from street buskers up to the Gaol where Ned Kelly was hung (photo at left). Then we walked back down to the Victoria Art Gallery.

We split up inside the gallery. Lots of interesting antiquities there, but Kyle and I did not have the camera! For my dad – Mike captured this photo of Eva Gardner in the Nevil Shute film The Beach.

We also came across a shopping centre built around this historic mill. They were not allowed to tear down the building, so they built the mall around it! Quite interesting and ingenious.

We also managed to find this ergonomic building. It fully recycles the air every 4 hours. The windows open at 2am every night to cool the building and save on air conditioning costs. The lighting in the building is almost all natural light with task lighting only. One wall is full of plants and the opposite wall has ventilation shafts hanging off the building for air circulation (we think). For anyone who has worked in a modern office building, this would be a wonderful change!

Also included here are a selection of other Melbourne shots. A very interesting city and we really enjoyed our stay here.